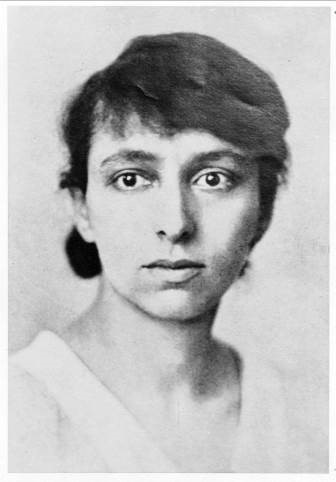 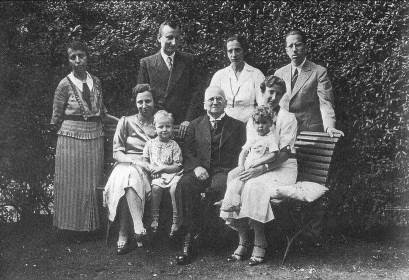 The family Chodziesner in the garden of the Finkenkruger house, 1937

Was deported to Auschwitz in 1943 and murdered

Was deported to Theresienstadt in 1942 and died there in 1943

Emigrated with his mother to Chile, later living in Australia and

Rear from left to right:

"... Oh, sometimes I would like to put on my coat, put my hat on and walk away, far away. And I often think of it now, that once snow falls, I can go to Finkenkrug and, in the moonlight, as I used to do, plod around in the woods; but at the same time I already know that I will not carry out this plan ... "

The poet Gertrud Kolmar (1894-1943) lived in the house of her parents in Falkensee-Finkenkrug from 1923 to 1939. The mansion on the then Manteuffelstraße, today Feuerbachstraße, was surrounded by a large park-like garden. In the beauty and seclusion of the place almost her entire lyrical work was created. The flowers in the garden of the father and the beginning of the house landscape with pines, sandy paths and animals found their way into their world of poetry.

Until his arrest by the National Socialists in February 1943, Gertrud Kolmar wrote short stories, plays and numerous poems.

Her literary work could be saved with the help of the family. The estate is in the German Literature Archive in Marbach and is available for research purposes.

Thanks to an initiative of Dr. med. Maria Schaare and Prof. Kurt Magritz, both from Falkensee-Finkenkrug, was unveiled on September 9, 1979 a memorial plaque for Gertrud Kolmar, which has meanwhile been listed as a historical monument.

In 2007, the artist Gunter Demnig laid two stumbling blocks in the sidewalk in front of the former home. They are reminiscent of the last freely chosen place of residence of the Jewish family Chodziesner.

On 1 October 2011, a new breed of rose breeder Jan D. Janßen from the Vierländerrosenhof in Hamburg in the presence of Gertrud Kolmar's niece, Sabina Wenzel from Paraty (Brazil), was given the name "Gertrud-Kolmar-Rose". While the permanent exhibition in the Museum of the City of Falkensee shows traces of the life and work of Gertrud Kolmar, the Rose Garden with the Gertrud Kolmar Rose in the back room of the museum offers the opportunity to get to know the poet's attitude to life.

Gertrud Käthe Chodziesner was born on 10 December 1894 in Berlin-Mitte as the eldest daughter of the lawyer Ludwig Codziesner and his wife Elise, nee Schönfließ.

At the instigation of the father of the band Gertrud Kolmar - poems published by Egon Fleischl & Co. The pseudonym Kolmar derived them even from the German place name (Kolmar) for the Polish town of Chodziesen.

The compulsory sale of the villa in December 1938. This resulted in the move of Gertrud Kolmar and her father on 21 January 1939 in a so-called Jewish apartment to Berlin-Schöneberg.

During the so-called factory action Gertrud Kolmar was arrested on February 27, 1943 with other Jewish forced laborers and taken to a transit camp.

On March 2, 1943, Gertrud Kolmar was deported to Auschwitz on the 32nd transport to the East. Your date of death is unknown. 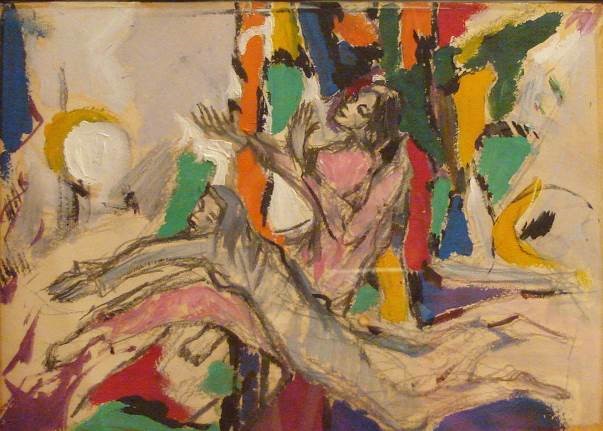