In a document from the year 1336 the place Falkenhagen was mentioned for the first time.

Until 1923 the village Falkenhagen existed. In the same year, the community Falkensee was born. Falkenhagen was beside Seegefeld one of the two villages, which were put together to the new large municipality Falkensee. Even today clearly recognizable in the stem: from FALKENhagen and SEEgefeld was on 1 April 1923, the large community FALKENSEE. 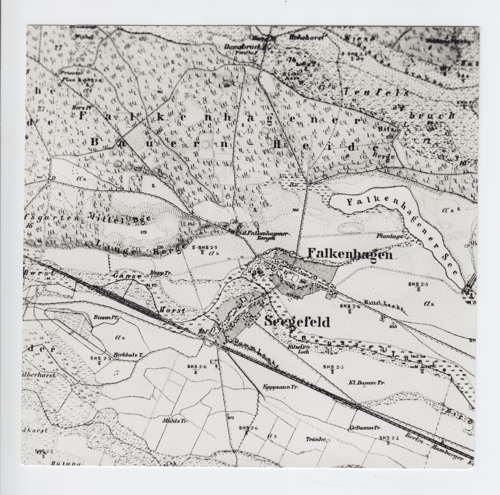 Location of the villages Falkenhagen and Seegefeld

The first mention of a church can be traced back to the 14th century. After a great fire in 1675, the parish built a new church on the remaining foundations in a five-year construction period. The weathervane on the top of the church tower dates back to 1680. The Protestant church, once with a pulpit altar, was later remodeled inside. The painter and graphic artist Franz Haferland from Falkensee was commissioned in 1960 to create a contemporary altarpiece

The schoolhouse built in 1897 in the immediate vicinity of the church now houses the "Creative Center - Haus am Anger". In the GDR until 1985, the former Polytechnic High School "Maxim Gorki" was taught.

Monument to the fallen of the First World War

The Monument to the Fallen of the First World War (1914-1918) was inaugurated in 1925. The stonemason H. Kubetschek from Falkensee had built according to their own designs, the monument of Silesian granite and Franconian shell limestone. 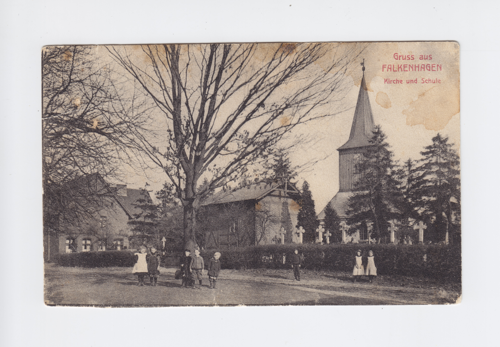 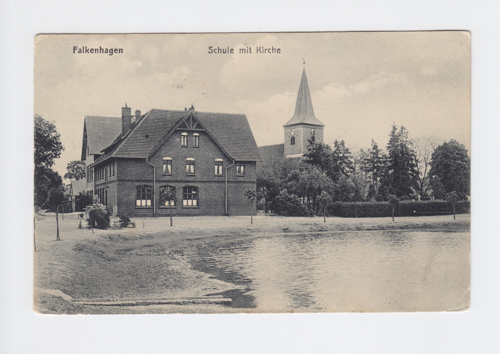