The Falkenhagener See and the Neue See 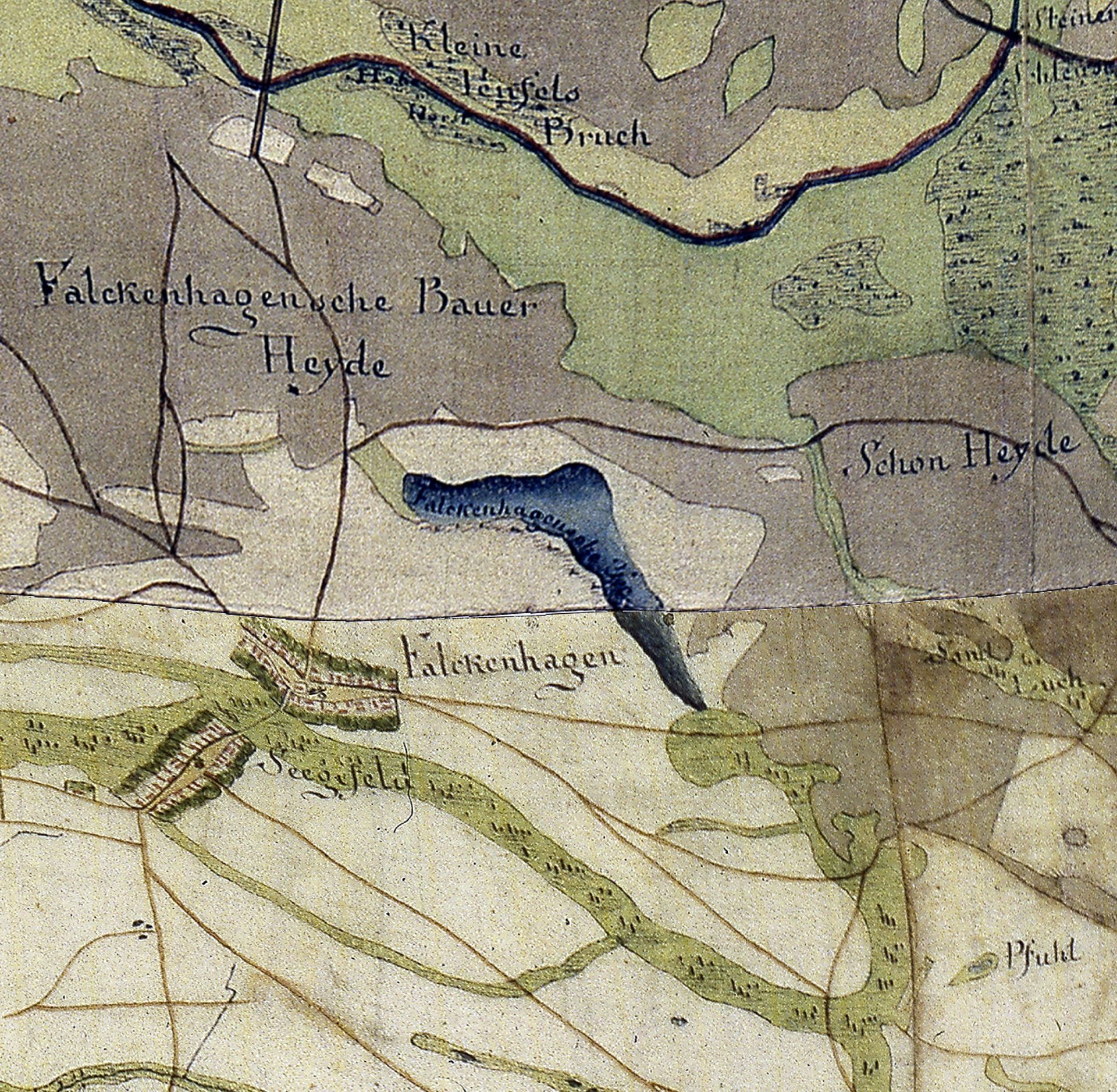 The first documentary mention of the village of Falkenhagen refers to a change of ownership of the Falkenhagener See in 1336. The knight of Gruelhut donated the lake to the Benedictine nunnery in Spandau in recognition of the admission of his daughter to the monastery. After that, the owners changed frequently. In 1919 the municipality of Falkenhagen bought the lake of the same name and advertised the most beautiful natural bathing establishment in the entire Mark Brandenburg, located on the southern bank of the lake.

Since the Falkenhagener See has no inflow and the water level continued to sink, large amounts of water have been channeled into the lake from the neighboring Havel Canal since 1977.

In order to counteract silting up, the city of Falkensee had the Falkenhagener See desludged from 1992 to 1997 with funding from the State of Brandenburg. Before the start of the measures, the lake had a maximum water depth of 1.50 meters and after its completion a depth of around 3 meters.

The new Lake „Neue See", the smaller of the two lakes, was created through the extraction of sand from 1934 onwards. The sand extracted was needed for the expansion of the railway line between Berlin-Spandau and Falkensee as an elevated railway. In 1939 the mining activities were ended. The dune-like sand hills south of the New Lake still bear witness to the formation today.

First and foremost, those looking for relaxation will find a refuge here. An open-air stage on Falkenhagener See, well-tended green areas and a boat rental were evidence of the great importance of the two lakes for local recreation in GDR times.

The nature reserve "Nauen-Krämer-Brieselang" has existed since 1998, on the southeastern edge of which lies the Falkenhagener See with the adjoining lowland. The habitats for rare and endangered animal and plant species are particularly worthy of protection. 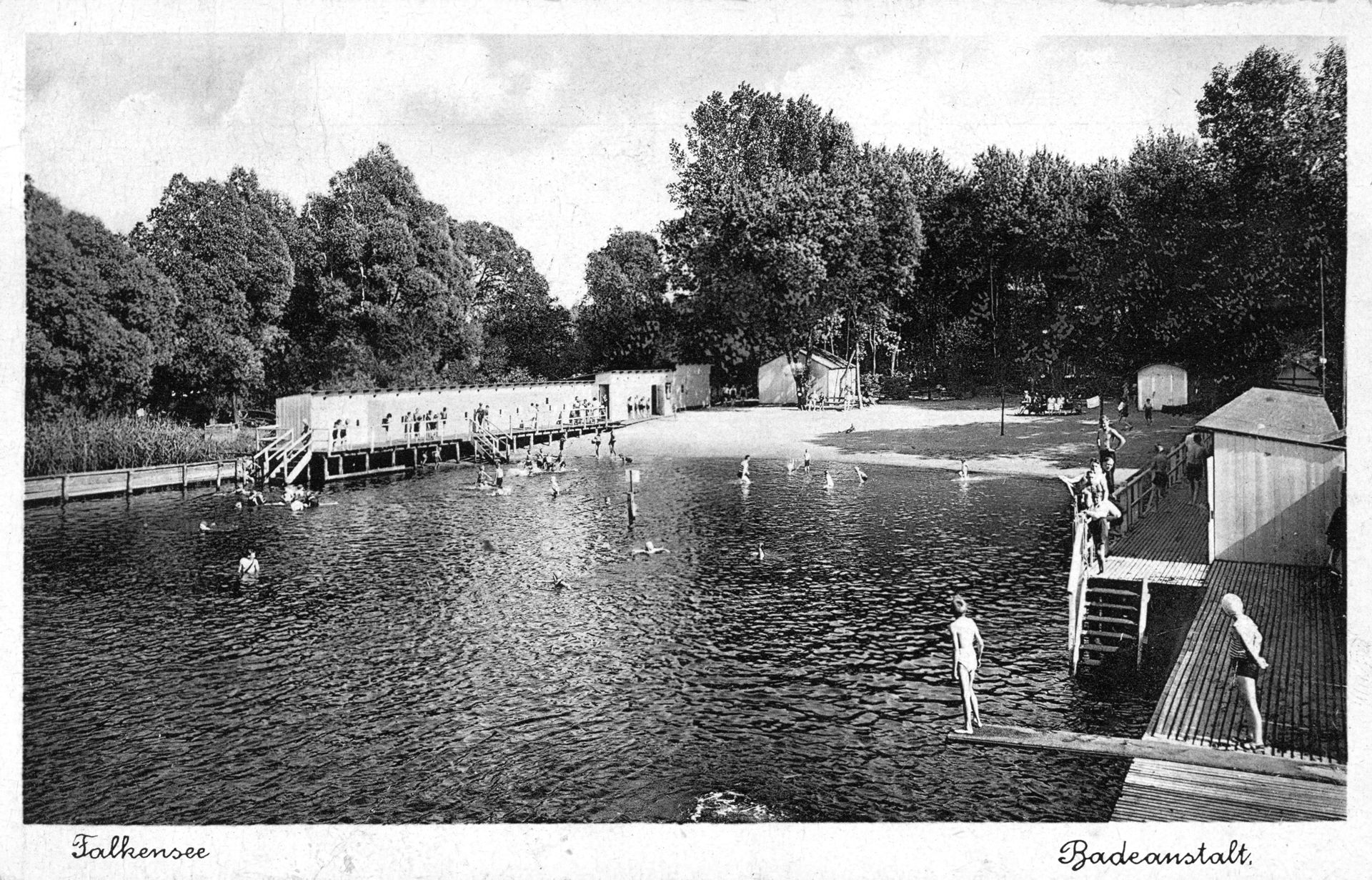