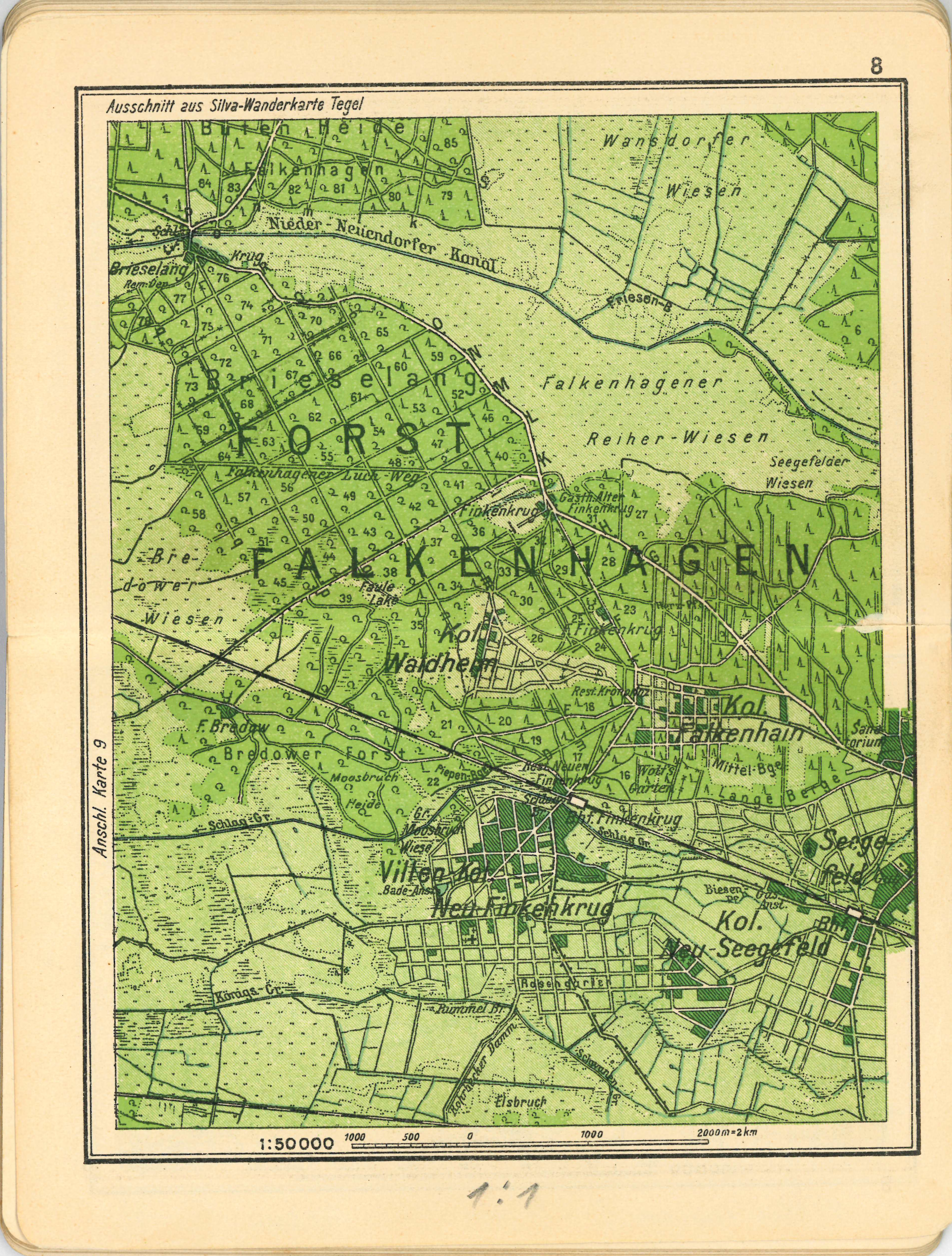 In the year 1710 the place Finkenkrug is mentioned for the first time.

Michael Lange, as a journeyman of a charcoal burner at Finkenkrug, and his wife,

Anna Catharina Lehmann, have their daughter baptized Anna Justina. This baptism was recorded on April 28, 1710 in the church book of Falkenhagen.

The chief hunter Carl Friedrich Bracklow, built in the years 1776 and 1777 a guest house as a four-sided farm. In the 19th century, the Schmidt family acquired the pitcher at the former post office between Berlin and Hamburg. For several generations, the family managed the farm and inn.

Through the construction of the railway between Berlin and Hamburg in 1846, the public was interested in the Finkenkrug. From 1850 drove on weekends and holidays special trains from Berlin in the direction of Seegefeld. The overcrowded trains released the travelers into the diverse nature of Brieselang. Botanical Drum and Butterfly Net were integral parts of the equipment.

Theodor Fontane and the „Finkenkrug"

Theodor Fontane visited the Finkenkrug in the years 1851 and 1870. The visit of 1870 was in the "Wanderungen durch die Mark Brandenburg" in the part "Havelland" his transcript. Theodor Fontane describes the exuberant society as it understands it, as he does, to enjoy the natural surroundings of Berlin. The Finkenkrug became one of the most popular destinations in Berlin.

End of the 19th century received the Finkenkrug an additional name. As "Old Finkenkrug" is now called the excursion restaurant. A new colony at Finkenkrug station, which was built in 1892, made it necessary to choose this suffix. With the terms

"Colony Neufinkenkrug" and "Old Finkenkrug" created a clear demarcation between the two places.

In the last days of April 1945 the "Alte Finkenkrug" was set on fire by a family member of the Schmidt family. The main farmhouse fell victim to the flames.

In the first years after the end of the Second World War, the areas belonging to the Alte Finkenkrug were converted into Reformland. New houses were built on redistributed land.

Even today, a preserved farm building from 1777 testifies to the eventful history of the historic town of Finkenkrug. 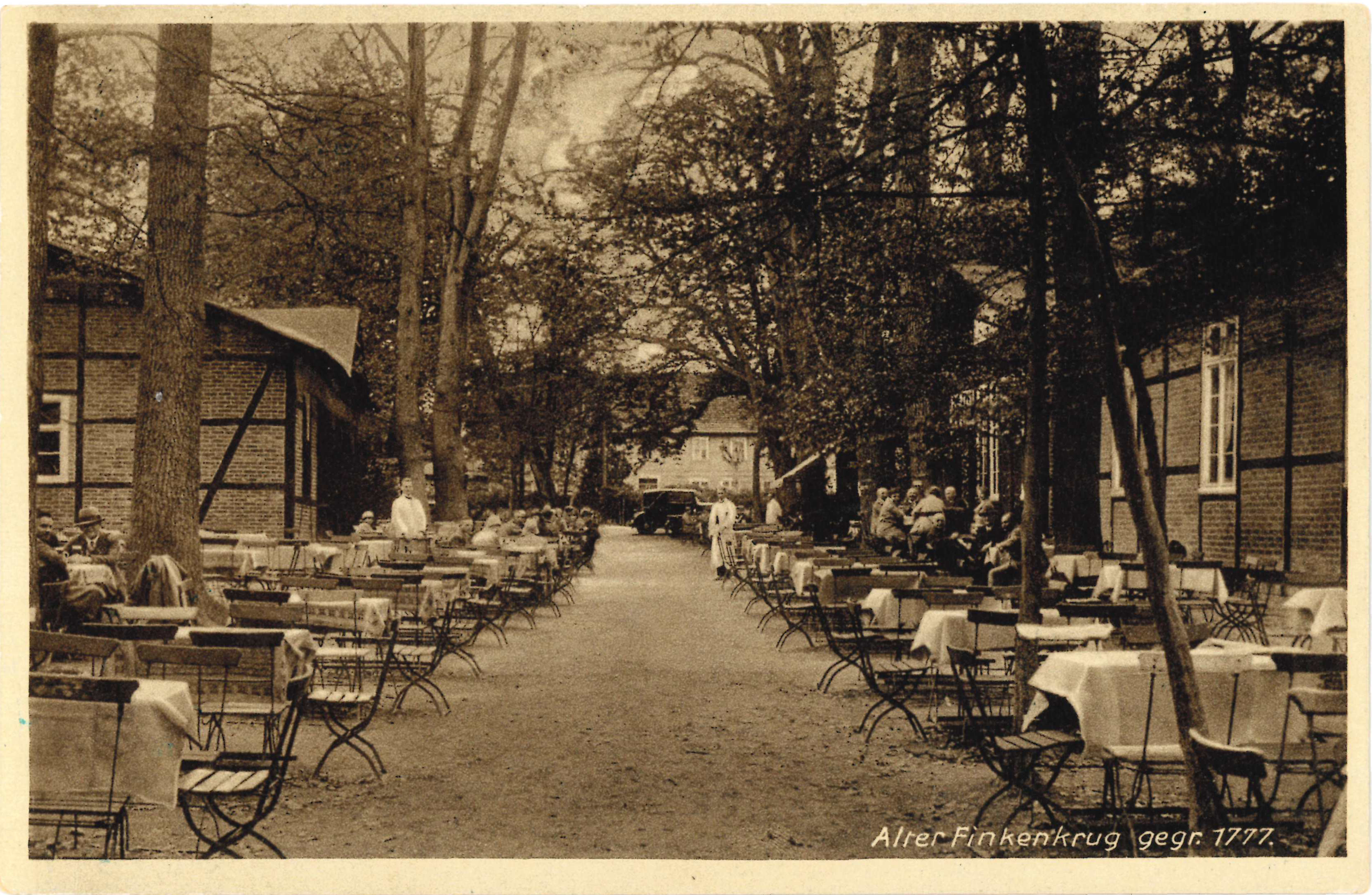 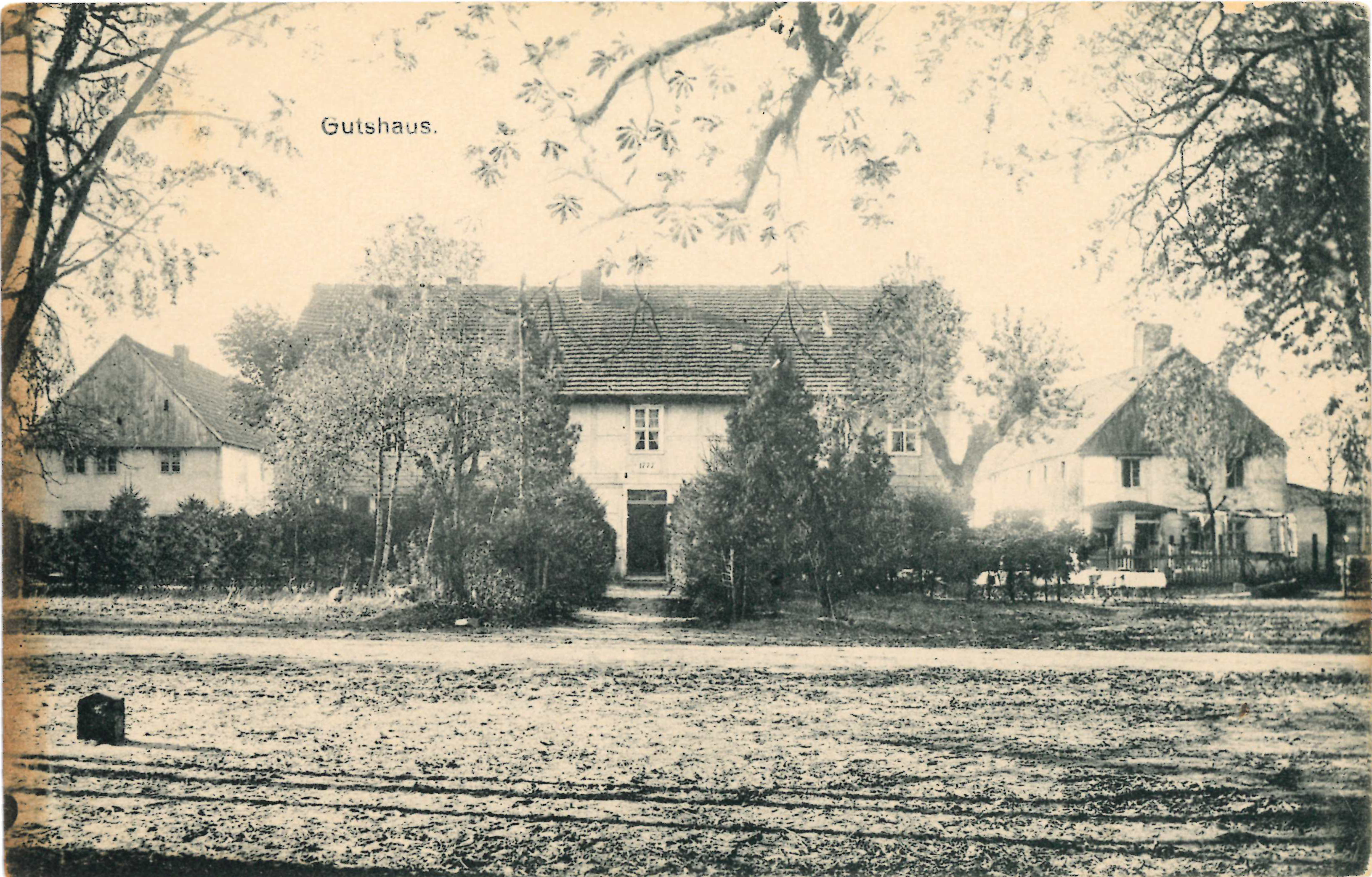 Inn with farm buildings, here referred to as farmhouse, around 1900 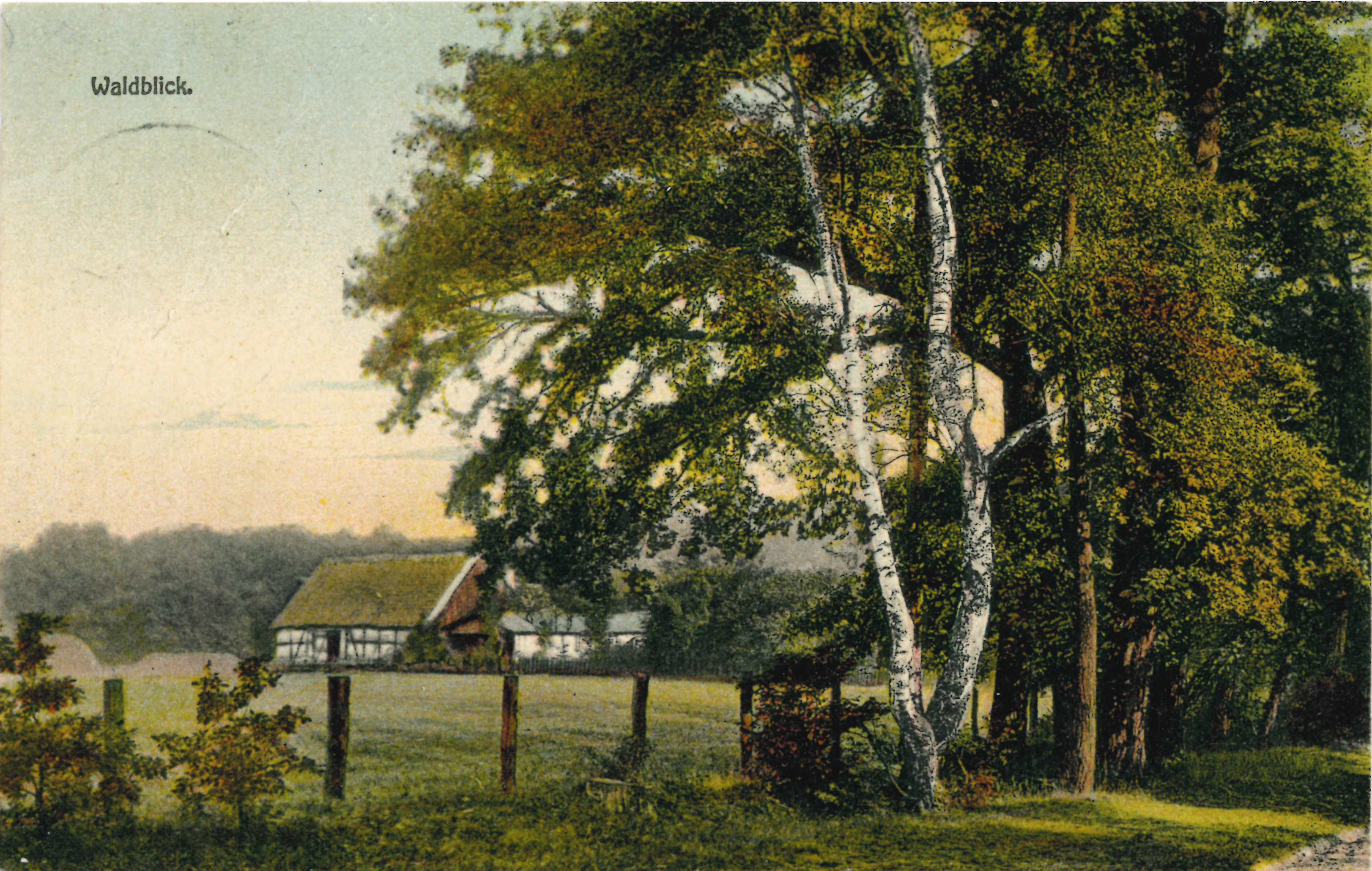