Location of the villages Falkenhagen and Seegefeld

In a deed of donation to the monastery Spandau from the year 1265 the place Seegefeld was first mentioned. The Seegefelder church still dominates the historical part of the former Angerdorf.

1313 was the first documentary mention of the pastor "Thomas" to Seegefeld.

Until 1742, the church, consisting of tower and nave, was supplemented by two additions. The building received in this way its cruciform structure and is a special feature among the churches in Havelland. In the years 1572-1818, the Ribbeck family exercised the ecclesiastical patronage law and Lehn over the manor in Seegefeld.

In front of the Protestant church, on the street side, there is a monument made of red natural stone for soldiers from Seegefeld, who fell in the First World War (1914-1918).

In the immediate vicinity of the church was the 1690 by Hans Georg III. Mansion built by Ribbeck. It was only in 1818 that the estate of the Ribbeck family ended. Until 1852 the family lived v.d. Stretching in the manor house, which operated the laying of the cemetery. After that, the owners changed frequently. The last manor owner, Bernhard Ehlers (1848 - 1919), acquired in 1888 the manor with the mansion in the center of the village and the associated meadow, forest and pasture land and began with the parcelling. The colonies of Neufinkenkrug, Neuseegefeld and Waldheim were created on the once undeveloped areas.

After the death of Bernhard Ehlers the manor house Seegefeld changed hands several times. Ultimately, 1959/1960 was a political decision to demolish the 350-year-old mansion, which was in dire need of renovation.

Characterized by the manor and its grounds, Hüfner and Kossäten lived in Seegefeld in single-storey half-timbered houses. Along the present Bahnhofstrasse were until the mid-20th Century still some of these simple, usually with a black kitchen provided and thatched residential buildings. Even before the abolition of serfdom in Prussia (1794), Hans Georg V had granted the inhabitants of Seegefeld the free property in their farms and managed the manors with the help of day laborers.

Until 1923 the village Seegefeld existed. In the same year, the community Falkensee was born. Seegefeld was next to Falkenhagen one of the two villages that were joined together to form the new municipality Falkensee. Even today clearly recognizable in the root word: from FALKENhagen and SEEgefeld was on 1 April 1923, the large community FALKENSEE.

It was not until 1927 that the areas of the former manor of Seegefeld were incorporated into Falkensee.

Only in 1927 was the incorporation of the land of the former manor Seegefeld to Falkensee. 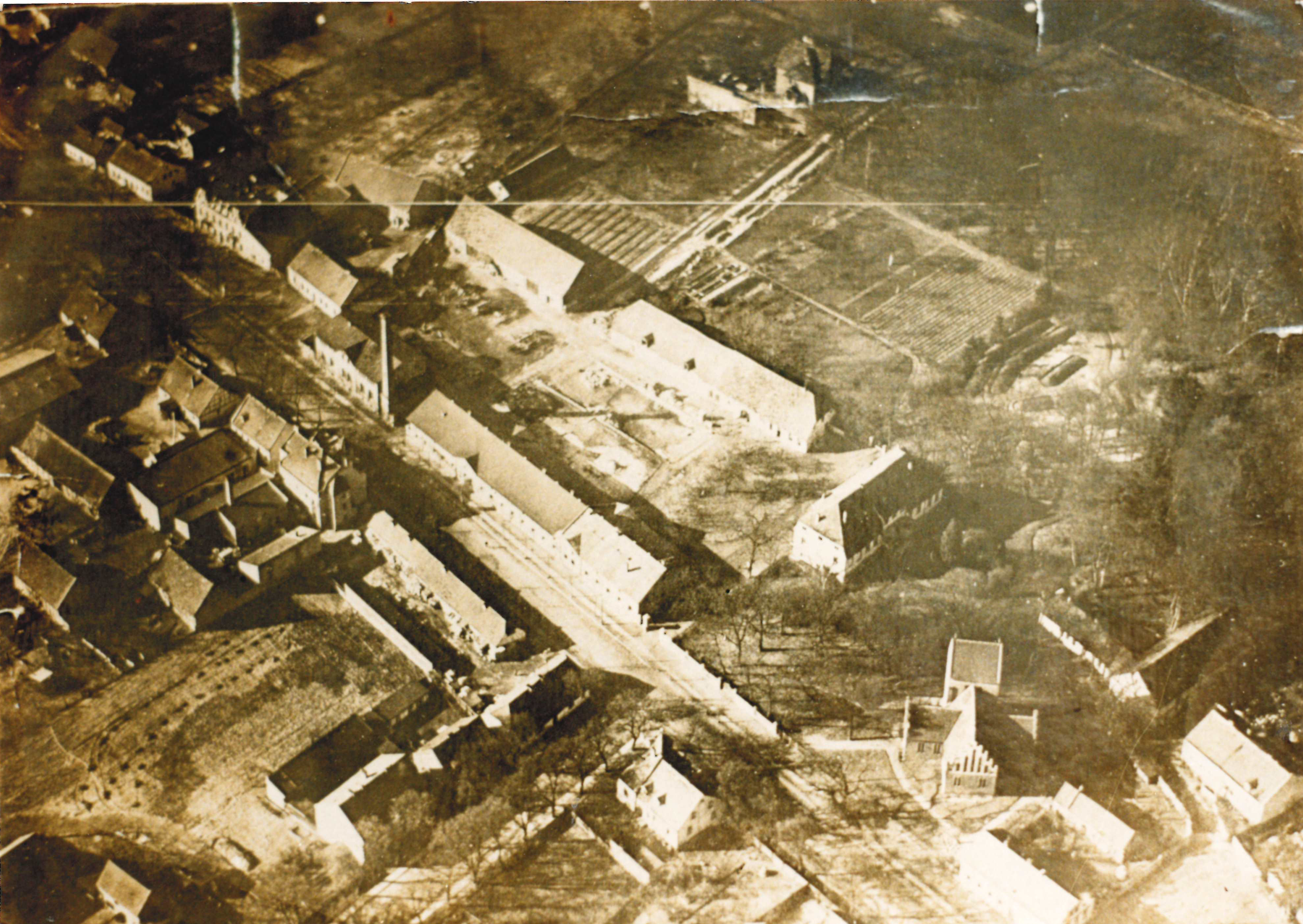 Seegefeld, with manor and church in the center aerial photo, 1920s 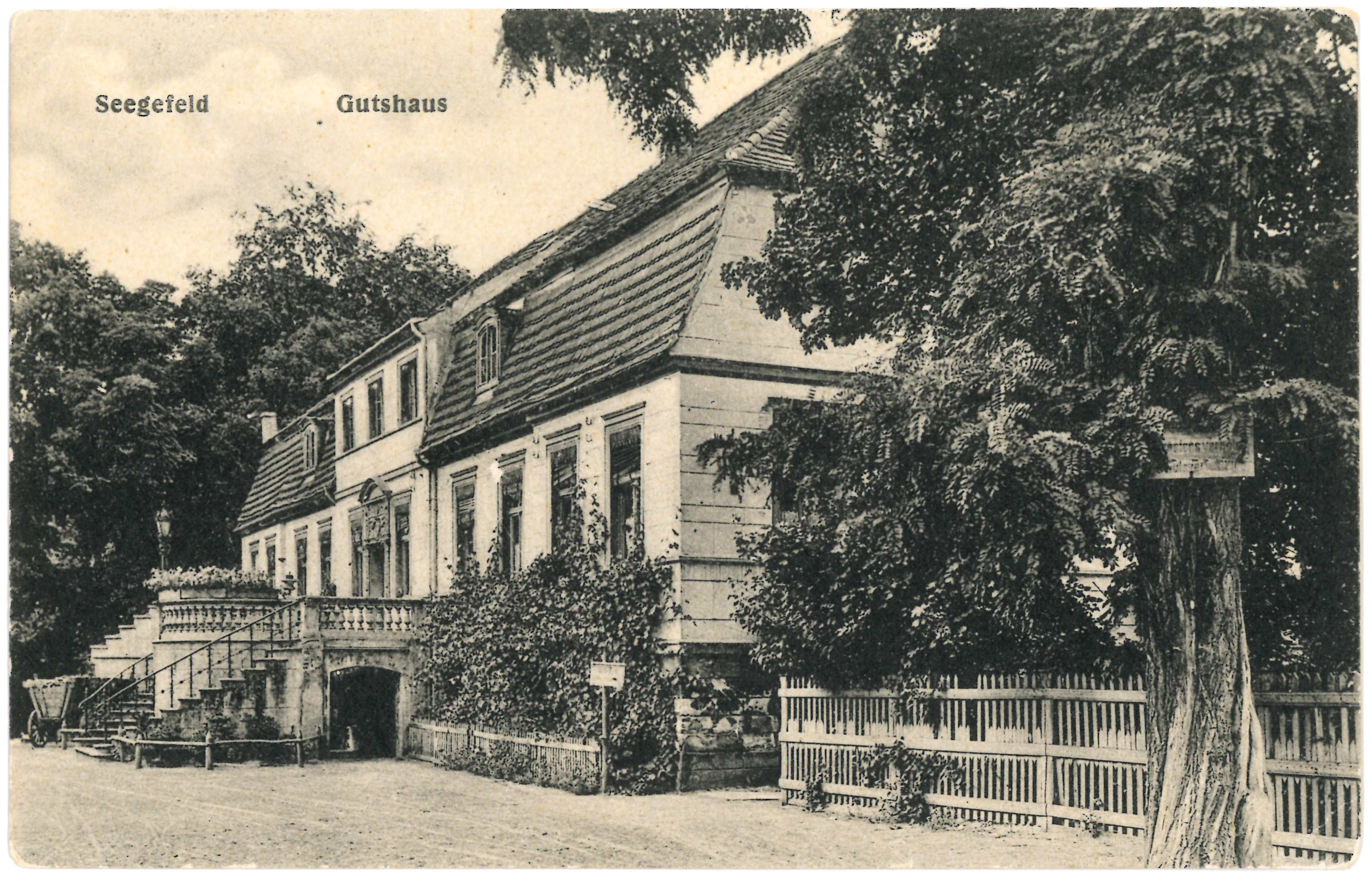 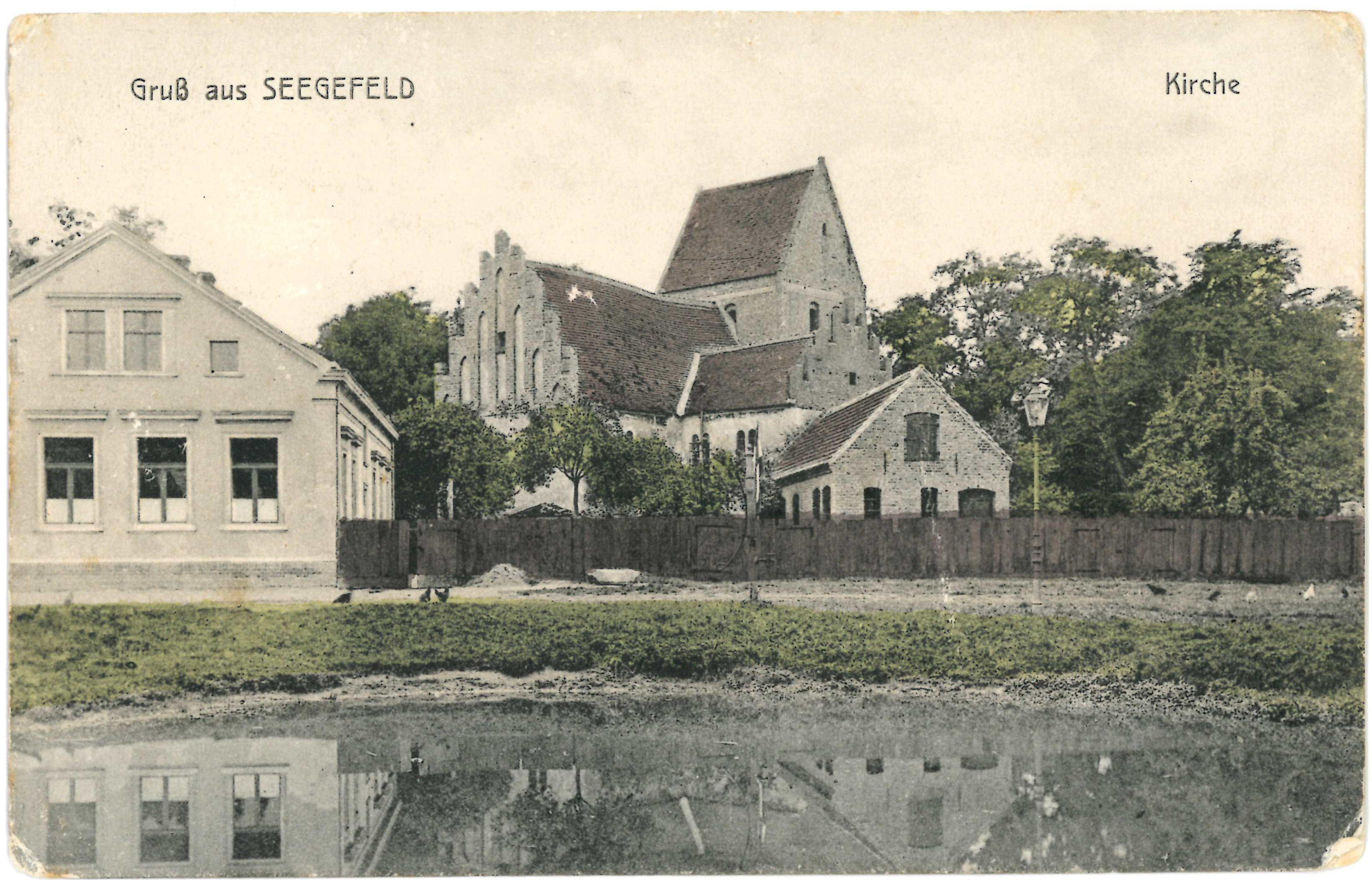 Church in Seegefeld, Postcard, around 1910