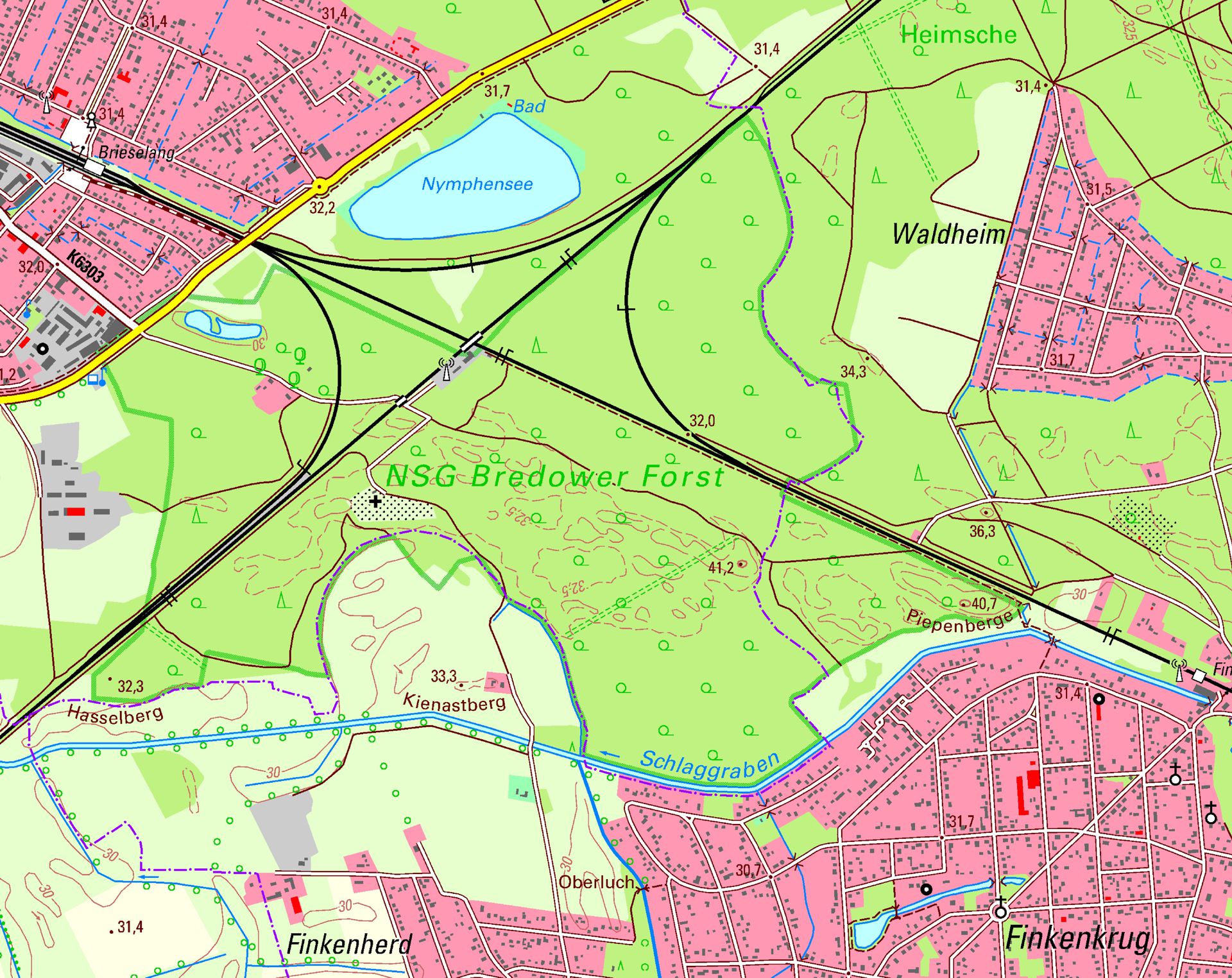 The structurally rich forest area called "Brieselang" has been a popular destination for nature lovers since the 19th century. The southern part of the Brieselanger Forest was once part of the Bredow estate and is known as the "Bredower Forest".

On July 11, 1930, the Museum of Natural History at the University of Berlin and the Prussian State Agency for the Preservation of Natural Monuments opened a nature trail in the "Bredower Forest" that explained nature with signposted stations. At the time, it was the first nature trail in Germany and was considered a model for natural history hiking trails.

The nature trail was abandoned in 1938 and fell into disrepair.

Today the reserve covers an area of ​​around 250 hectares.

In 1965 the nature and homeland friends of Falkensee, organized in the German Cultural Association of the GDR under the leadership of Gerhard Zimmermann (1911-1999), took on the orphaned nature trail. The "Bredower Forest Natural History Trail" was created on a voluntary basis with a slightly different route.

A brochure that appeared as an annex to the city of Falkensee's annual cultural plan in 1971 provided information about the approximately three-kilometer-long hiking trail. Here it was described what the visitor can discover to the right and left of the path and the importance of nature and the environment in socialist society. The brochure promotes awareness in dealing with and preserving the unique nature that surrounds us.

In 2006, the municipality of Brieselang, together with the city of Falkensee and the responsible forestry office, decided to renovate the natural history trail. The impetus for this came from private initiatives.

Since September 29, 2006, a boulder on the highest elevation, the so-called "Snow White Mountains", has been a reminder of the history of the first nature trail in Germany.

Today's nature trail still describes a unique natural area and calls for the preservation and care of the diverse nature that surrounds us. 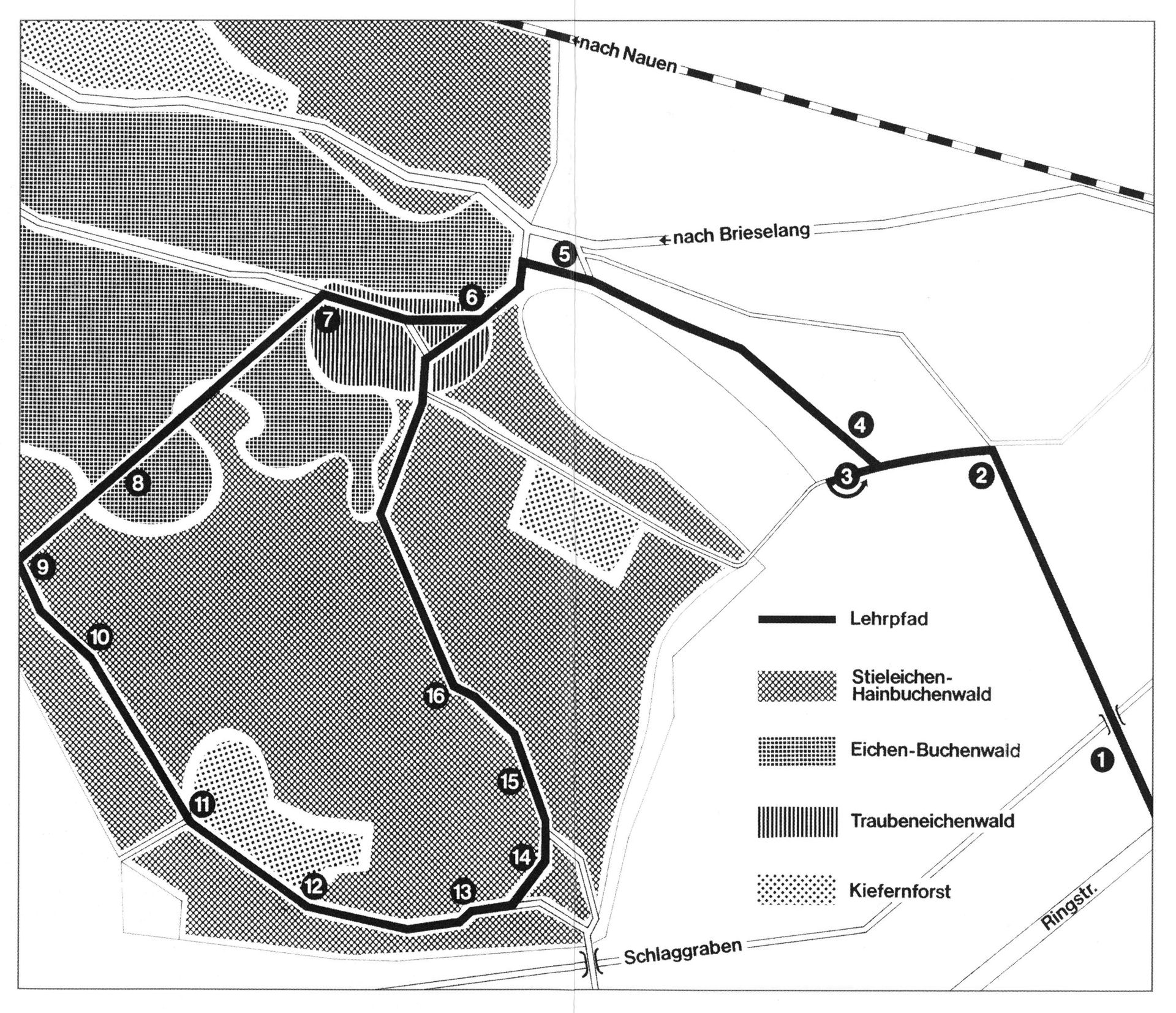 Map with 16 stations on the natural history trail "Bredower Forst", 1971 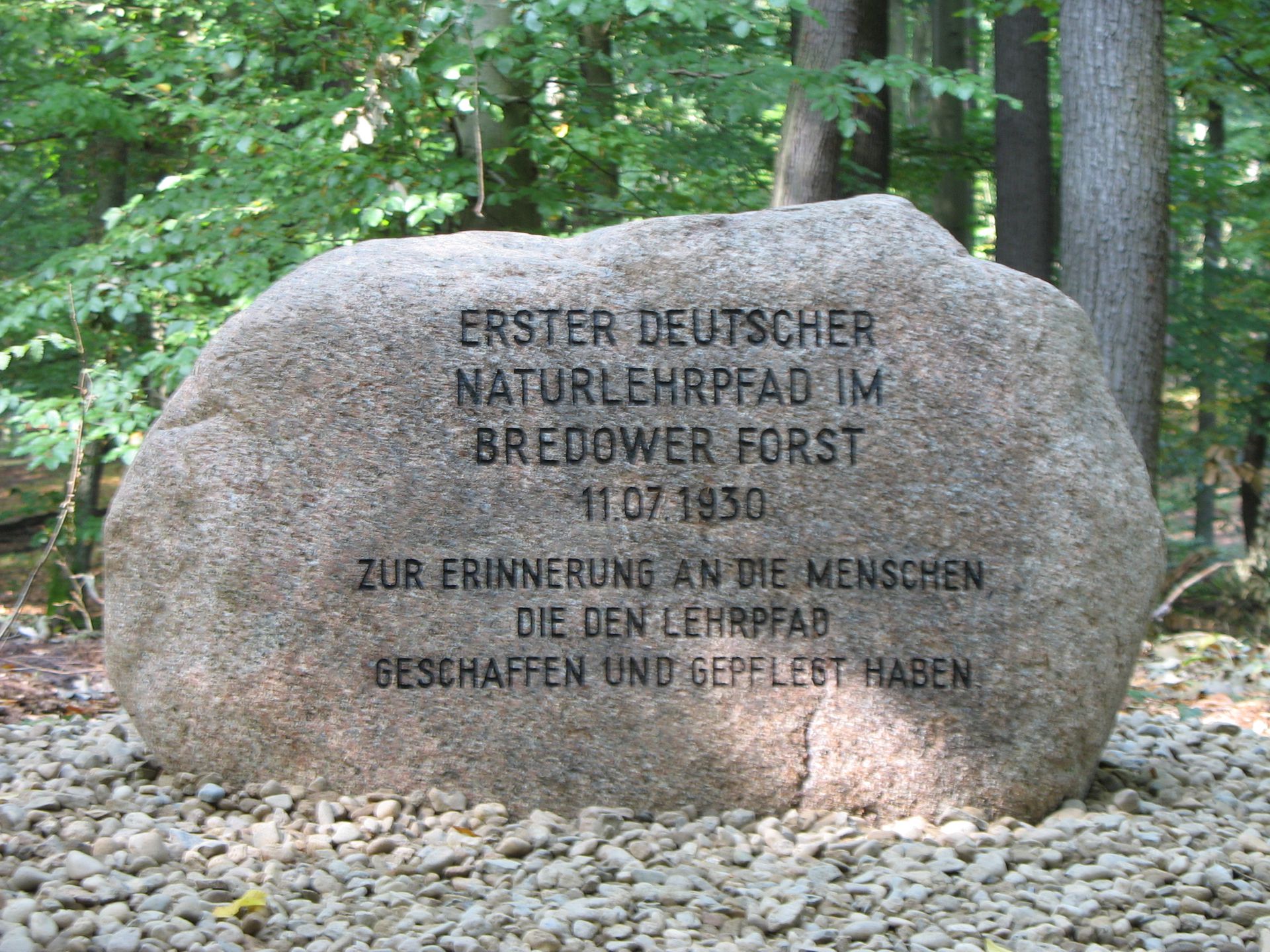 The nature trail memorial stone at station no.7 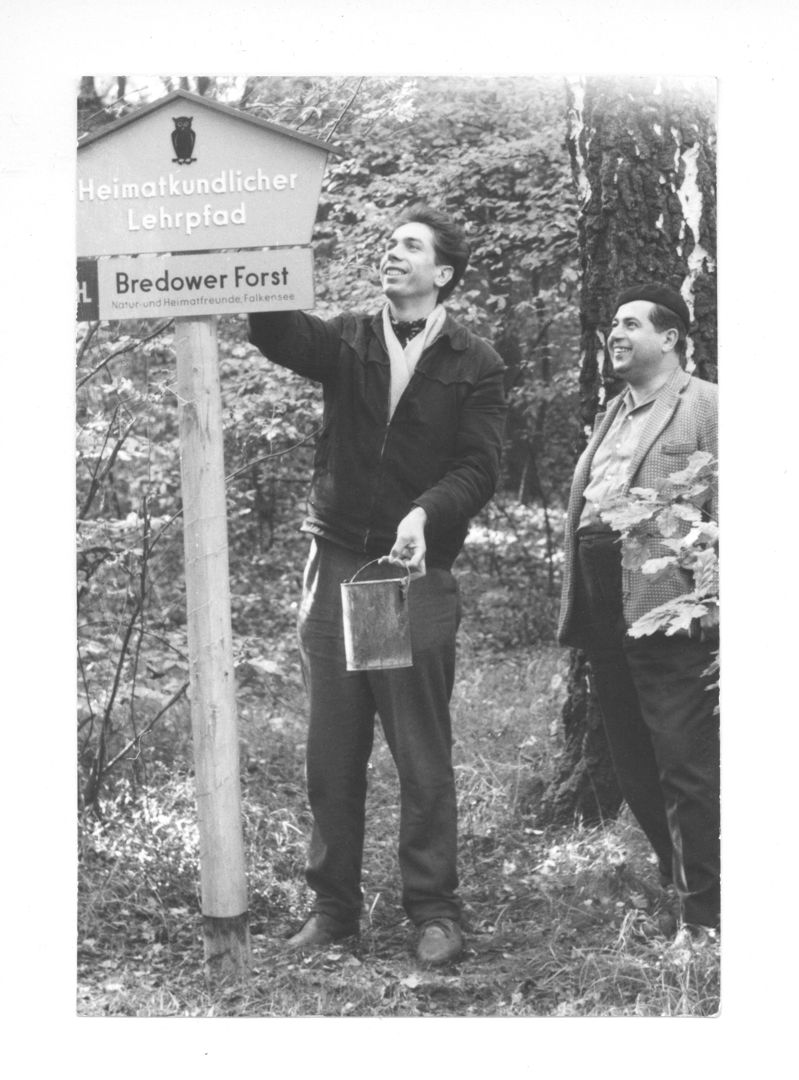 The voluntary nature and homeland friends Horst Schreiber (l.) And Arno Ludwig (r.) At the entrance sign of the natural history educational trail.