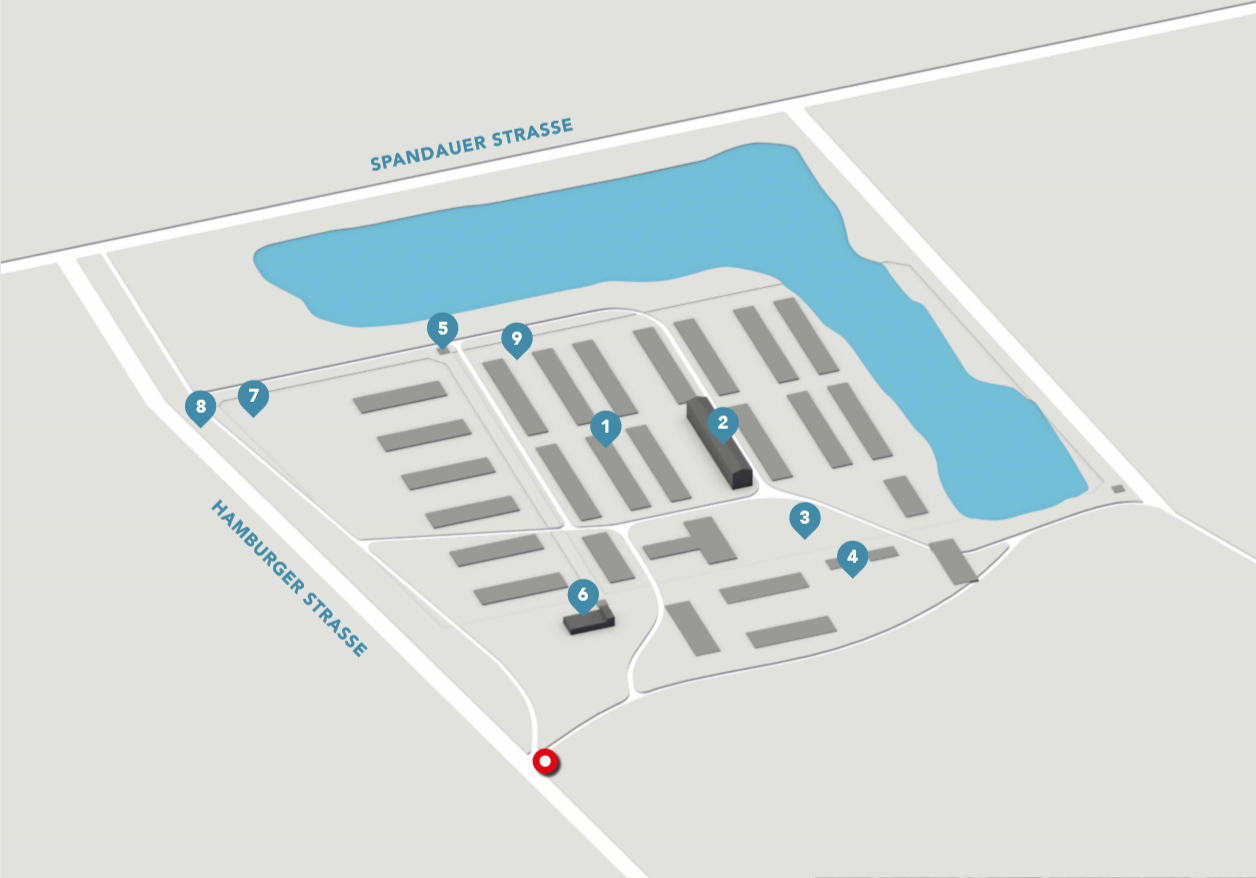 From 1943 to 1945, an external camp of the Sachsenhausen concentration camp was located on the grounds of today's Falkensee Historical Park.

The prisoners came from almost all European countries and worked mainly in the German defense industry. They suffered great suffering and untold people died here.

After the war, the barracks served as a quarantine camp for resettlers and refugees from the former German eastern territories. In late 1948, the camp was dissolved and the buildings were demolished. Only one of the prisoner barracks stopped.

Later, a construction company used the barracks as a material store.

In 1965, former French prisoners returned to the scene of their suffering and donated a commemorative plaque. Two years later, they inaugurated a memorial with a memorial together with the Falkensee population. Until 1989, rallies and wreath-laying took place here on the anniversary of the liberation of the camp. In 1992 unknown persons defiled this memorial.

In 1993, the state of Brandenburg supported the documentation and exposure of the remains and traces of the former concentration camp external camp. In addition, a wide network of paths was created, which opens up the history park. Together with former inmates from eight European countries, the city of Falkensee inaugurated the park on the occasion of the 50th anniversary of the liberation on April 25, 1995. Today, the historic park with its preserved prisoner barracks and exposed foundations provides an impression of the former concentration camp Falkensee camp and is a place of remembrance and remembrance.

Aerial view of 19 April 1945 with the KZ satellite camp (A), the production facilities of Demag / Alkett (B), the prisoner of war camp (C) and the forced labor camp (D)